Here was a strong and brave man

Columban Fr John Keenan first came to the Philippines in 1966 and is currently chaplain at Centro Escolar University, Manila. We are republishing this article, which first appeared in Misyon in the January-February 2001 issue, in conjunction with Fr Pat O’Shea’s article Shaken and Stirred in this issue. 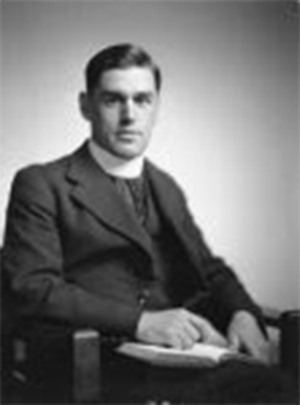 As a new century and a new millennium begins, Pope John Paul II is anxious that the lives and deaths of those who suffered and died heroically in the service of others be recorded and documented. The sufferings and death of Fr. Francis Vernon Douglas at the hands of the Japanese Military Police in the Philippines during World War II is one story that must not be forgotten. Fr. John Keenan, a Columban missionary from Ireland, tells us about it.

Fr. Douglas was tortured and is thought to have died near Paete, Laguna, in July 1943. Paete is a quiet country town nestled between the foothills of the Sierra Madre Mountains and Laguna de Bay, about 115 kms from Manila. Founded as a Christian settlement around 1580, its inhabitants are famous for their woodcarving skills.

On July 25, 1943, as usual the people were eagerly looking forward to their annual fiesta in honor of St. James the Apostle. However, the peace and tranquility of the town, crowded with visitors, was abruptly interrupted when the Japanese Imperial Army decided to zone off the area. It was cordoned off and no one was allowed to leave. All males from fourteen upwards were rounded up and incarcerated in the centuries-old parish church, famous for its beautiful woodcarvings and paintings. The Japanese were seeking out guerrillas and their collaborators who were carrying on a resistance in the woods of nearby hills. For several days, some 250 men were interrogated and tortured, deprived of sleep and mercilessly beaten until they gave information or died. 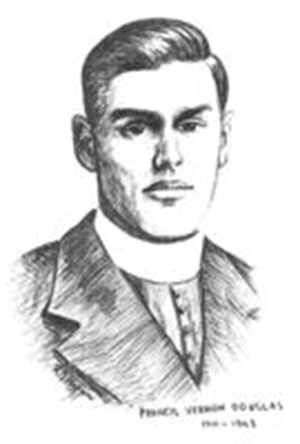 A day before the fiesta, Japanese soldiers arrived in a truck with a tall, unknown Caucasian in custody dressed in a white cassock. He was tied to a lamppost and made to endure the hot tropical sun throughout the day. No one knew who he was, or where he came from. He was in fact, Fr. Francis Vernon Douglas, parish priest of Pililla, Rizal, some 50 kms away. Hours earlier he had been abducted from his convento and taken over the mountains to Paete.

Frank or Vernon (to his friends) was born in Johnsonville, Wellington, New Zealand, on May 22, 1910. In his youth he excelled at rugby and cricket, and later studied for the priesthood for the Archdiocese of Wellington. He was ordained on October 29, 1934. After an enjoyable and successful year as an assistant priest in New Plymouth, N.Z., he felt that God wanted him to become a missionary. He joined the Society of St. Columban and arrived in Manila in 1938. His first assignment was as parish priest of Pililla, where he struggled with the Tagalog language and tried to remain neutral between the kempeitai, the Japanese military police, and the Filipino-American guerrillas hiding in the hills around Pililla.

Meanwhile in Paete, the local chief of police, Basilio Y. Agbay, told one of his captors that the Caucasian man was a priest, but the Japanese soldier replied, “That man is a spy”. Exhausted after a day under the sun, Fr. Vernon was taken inside the church, by now a torrid dungeon. He was first taken to the sacristy where the terrorized peopled could hear moans as he was being tortured. Later, he was dragged to the baptistery where he was tied to the baptismal font, and again severely beaten until blood splashed on the surroundings. Stripped to the waist, clad only in white slacks with his torso and arms black and blue, oozing with blood, he was tied to the left post under the choir loft. All the torture and pain seemed to be concentrated on him while the 250 frightened men looked on. His bleeding and battered body immediately reminded the people of the scourging of Jesus at the pillar. “Yet ours were the sufferings he endured . . . He was harshly treated, but unresisting and silent, and he humbly submitted . . .” (Isaiah 53: 4-7) 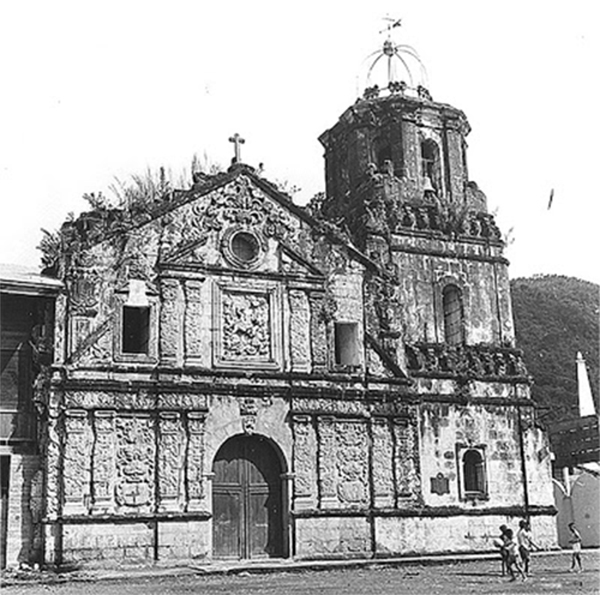 Church of St James the Greater, Paete, Rizal, where Fr Douglas was scourged

For three days and three nights, he was forced to stand. One of the soldiers hit him on the forehead with the butt of his sword and immediately blood gushed out all over his face. The others were allowed to lie down and sleep. Throughout all this he uttered not a word. Instead, he kept his eyes on the altar and continued to recite the Rosary. A bowl of rice was placed at his feet, which he did not touch. His bloodstained cassock lay on the floor beside him. Finally, perhaps fearing that his end was near, he asked for the local parish priest to hear his confession. This was done in the presence of his torturers, lest they later force the confessor to break the seal of confession. Shortly afterwards, bloodied and bruised, he was bundled into a truck that sped away in the direction of Santa Cruz and Los Baños, where there were many prisoners of war, including priests and religious. He was never seen again.

Why was Fr. Douglas singled out for such horrible torture? Did he refuse to talk in order to preserve the seal of confession or information held in confidence? As he was being interrogated in Pililla before being abducted, neighbors heard him remonstrate with the military police, “You have no right to ask me that question, and I cannot, in conscience, answer it.” Whatever the reason, one thing is certain, here was a strong and brave man who suffered in silence rather than betray his friends.

Savior of the town

An early report published in The Far East, the magazine of the Columbans in Ireland, in December 1945 stated: ‘What Fr Douglas suffered in Paete made a deep impression on the people of that town. The Filipinos say that he seemed to be like our Lord Himself, as he stood there, tied to the post in the Church, constantly beaten and ill-treated, but always with unquestionable patience. They expressed the belief that what he suffered made him a kind of savior of the town.’ From the time he was brought there, no Filipino received any ill treatment. On him were concentrated all the anger and hatred of the Japanese soldiers.

Today as the Church prepares a new martyrology we fervently hope that Fr Douglas’ name will find a place in that holy book. He may even become the first New Zealand saint.


Author:
Fr John Keenan
‹ Back from Fiji up My Life In Arko Punla Community ›