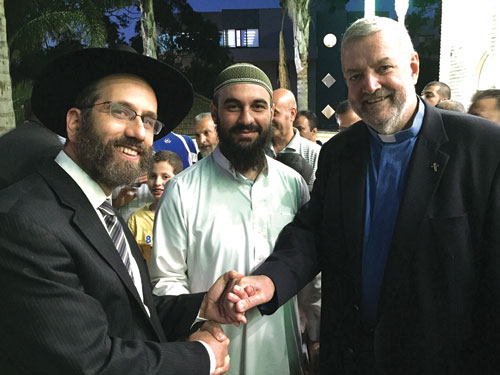 Recently the Missionary Society of St Columban launched a new website, www.columbanIRD.org, that is devoted to Interreligious Dialogue (IRD). The website describes interreligious dialogue in the words of Nigerian Cardinal Francis Arinze as ‘a meeting of people of differing religions, in an atmosphere of freedom and openness, in order to listen to the other, to try to understand that person’s religion, and hopefully to seek possibilities of collaboration.  It is hoped that the other partner will reciprocate, because dialogue should be marked by a two-way and not a one-way movement.  Reciprocity is in the nature of dialogue.  There is give and take.  Dialogue implies both receptivity and active communication.’

On 26 April, Good Shepherd Sunday, Pope Francis ordained 19 priests for the Diocese of Rome. In his homily he said: ‘And this is the nourishment of the People of God; that your sermons are not boring; that your own homilies reach people's hearts because they come from your heart, because what you are saying is truly what you have in your heart. So give the Word of God, and thus your doctrine will be joy and support for the faithful of Christ; the scent of your life will be the testimony, because the example builds.’ 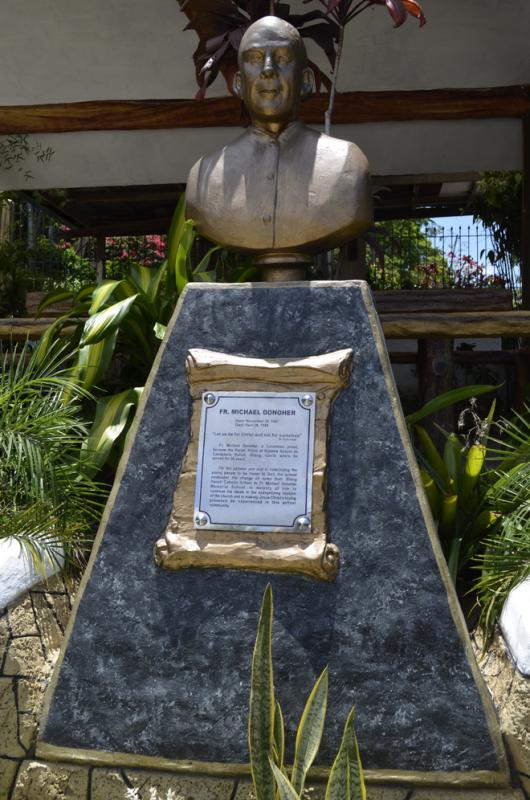 ‘This cathedral has been razed to the ground many times, but it refuses to disappear. It boldly rises from the ruins - just like the Filipino people.’

On 16 January Luis Antonio Cardinal Tagle, Archbishop of Manila, gave a welcoming speech to Pope Francis before the final blessing at the Mass in the Cathedral-Basilica of the Immaculate Conception in which bishops, priests, seminarians and religious participated. He spoke of the Cathedral as a symbol of the people, the church building as a symbol of the Church, the faithful. May his words lead us into a profound sense of gratitude for the gift of the faith that God has given each of us as individuals and all of us as his Church, especially here in the Philippines. Here is the text of the Cardinal’s talk.

For the Beauty of the Earth, arranged by John Rutter.

Your editor is not the most organized person in the world. But often enough, from the ‘disorder’ that this causes, things come together in an unexpected but orderly way. The editorial staff suggested a photo by Benjo Rulona for our January-February cover and your editor found an appropriate verse from Psalm 103: As for man, his days are like the grass; he blossoms like a flower in the field.

On all Saints’ Day this year two events significant for Columbans took place, one in Korea and one in Ireland. In Seoul Bishop Soontaek Peter Chung, Auxiliary bishop of the Archdiocese of Seoul, ordained Jehoon Augustine Lee to the priesthood, the third Korean to become a Columban priest this year.

In Dalgan Park, Ireland, where most Irish Columbans spent seven years preparing to be missionary priests, some of them to be killed in the service of the Gospel, FrSeán Holloway, to whom the Lord had given just over 93 years of life and almost 67 years of priesthood, was laid to rest.

In his address to the bishops of Korea on 14 August during is apostolic journey to that country Pope Francis reflected with them ‘as a brother bishop on two central aspects of the task of guarding God’s people in this county: to be guardians of memory and to be guardians of hope’.

Pope Francis went on to ask, ‘How can we be guardians of hope if we neglect the memory, the wisdom and the experience of the elderly, and the aspirations of our young?’

Beth Sabado, Coordinator of the Lay Missionary Central Leadership Team (LMCLT) of the Columbans, writes in Where is Home? in this issue of the question that faced her as the plane in which she flew from Hong Kong to Manila in February 2013 was about to land: ‘Where is home for me now?’ She was on her way to attend the funeral of her mother, Pacita Egipto Sabado. Her father, Telesforo, had predeceased Pacita.

On the Feast of St Joseph the Worker, 1 May, Columban Fr Leo Distor was installed as Parish Priest of Our Lady of Remedies Parish, Malate, Manila, where the Columbans have worked since 1929 having taken the parish at the invitation of Irish-born Archbishop Michael O’Doherty of Manila at a time when the Philippines was desperately short of priests.

The parish of Malate, one of the oldest in the Philippines, was established in the sixteenth century by Augustinian friars. Fr Leo Distor, who has worked in the formation of Columban seminarians in Chicago and in Quezon City, is from Marbel, Mindanao, where he was ordained in 1996. He is the first Filipino parish priest of Nuestra Señora de los Remedios.

On New Year’s Day, the Solemnity of Mary, the Holy Mother of God, Pope Francis paid a visit to the image of the Madonna Salus Populi Romani, the Protectress of the Roman People, in the Basilica of St Mary Major, and prayed in silence. This was his third such visit since being elected Bishop of Rome last March.

In this issue we feature two Masses celebrated earlier this year here in the Philippines for two deceased Irish Columban priests. One, Fr Timothy Leonard, had never set foot here and died 84 years ago in China, aged 36, the first Columban to die violently. The second, Fr Joseph Gallagher, died peacefully in Ireland at the age of 90, a man who had spent 57 years in the Philippines, most of those in Pangasinan.

Fr Tim Leonard was one of the first Columbans, joining the newly-approved Society of St Columban shortly after his ordination for the Diocese of Limerick, Ireland, in 1918. He was in the first group of Columban priests to go to China, in 1920. While he was celebrating Mass on the morning of 17 July 1929 Communist bandits broke into the church, attacked Father Tim, scattered the consecrated hosts, the Body of Christ, and trampled on them. When he upbraided them they took him outside and hacked him to death.

The occasion for the Mass on Father Tim’s death anniversary, held in the Columban Formation House in Cubao, Quezon City, was the visit of a cousin of the priest, John Leonard. Fittingly, there was a Chinese Columban seminarian present, Peter Dong Lichun.