Columban: A Man for All Times 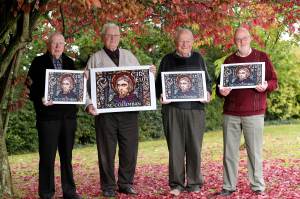 This is the second of two articles on St Columban by a Columban priest who wishes to remain anonymous. The first appeared in our September-October 2015 issue.

The parish church where I come from has parish records dating back to the early 19th century. As a young altar server, I got a job from the sacristan during the summer school-holiday months, to help Irish Americans and other visitors trace their family ancestors. I would open the pages of Baptismal and Marriage Registers, and the smell of old books would perfume the air. Our visitors manifested a curiosity and an inherent longing to connect with their past as they became immersed in piecing together family history. You could almost see them become one in mind and spirit with persons they had heard of, but had never met in the flesh. They were family.

A pilgrimage to Columban sites

Many scholars, writers and historians have gone through manuscripts, documents, commentaries, while in the process of writing about St Columban. This year as we remember and celebrate his death 1,400 years ago, it is an opportunity to draw from the spiritual and historical wells of St Columban’s life and tradition. It is an invitation to log into his inspiration and into the values we share with him as missionary disciples and followers of Christ.

It is not just a connection with one person, but with a period of Celtic monastic history that has influenced and laid the foundation of much that we celebrate and live today as missionaries. We are proud to speak of St Columban and there are many things from his life and times that we cherish.

He is the father of modern-day Europe. Robert Schuman, one of the founding fathers of European unity, who in cooperation with Jean Monnet drew up the internationally renowned Schuman Plan in 1950, said that St Columban ‘is the patron saint of those who seek to construct a united Europe’. 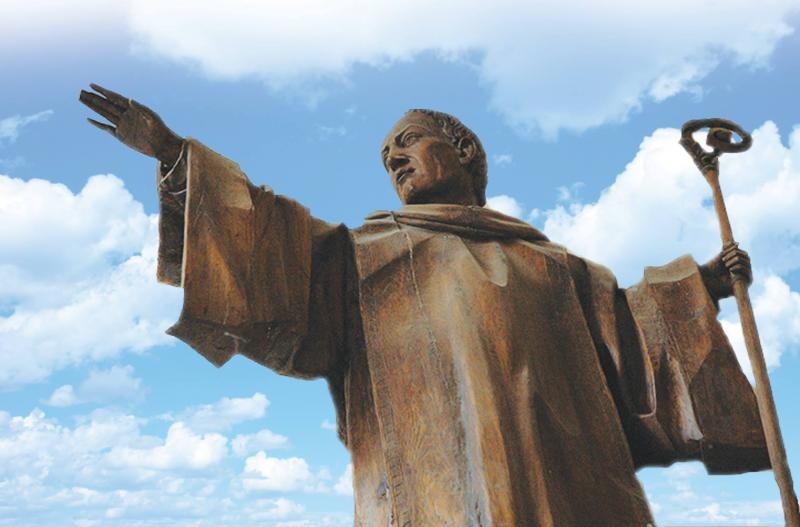 As a missionary monk, St Columban did not stand idly by and support the status quo, but rather took the prophetic option of speaking out against abuses of civil or ecclesiastical power. While his monastic foundations were on the outskirts of towns and villages, this did not prevent him from getting involved in the political upheavals of the day. His ability to dialogue with the authorities of his time without compromising the Gospel message is both an inspiration and a challenge for today’s Church ministers.

He dialogued openly with the Pope and did not resist the opportunity to advise him on various issues, He challenged the local French bishops about their lifestyle and their commitment to be of Christ rather than promoting their own interests and power. The ideal of communion was at the center of all his dealing with the local Church and the Papacy. While he argued for diversity in the dating of liturgical feasts, especially that of Easter, there was no compromise when it came to communion.

Pilgrims sharing a meal in Luxeuil

For St Columban, the Church’s communion was celebrated in the diversity of cultures, be it Celtic, Roman or Frankish and in the gathering around the Eucharist table. Pilgrims going to Bobbio, in northern Italy and where the saint died on 23 November 615, for the feast of St Columban are offered a crust of bread to bring back home with them. This bread is a sign of communion of all gathered round the table of the Lord, and of the communities from which they come.

St Columban gives us an understanding of the sacrament of reconciliation. It was he who introduced into the Celtic monasteries in Europe the practice of individual confession and private penance, which was later adapted by the whole Church. Previously, sins were confessed in public and in front of the whole community. Now the father Abbot took the place of Christ; clothed in the role of the servant and master, stooping down to embrace the penitent monk and in the name of Christ forgiving him his sins.

On the feast of St Columban in northern Italy there is a tradition of blessing motorcycles, cars, and trucks to ask the saint’s protection for safe driving. It has its origin in the image of Columban as a pilgrim, one who journeyed over dangerous lands. In 2002, St Columban was officially declared patron of motorcyclists, thanks to Bishop John Oliver, a Anglican bishop of Hereford, England, from 1990 to 2003, and biker, who initially suggested it. In the words of a Harley Davison biker, ‘If Columbanus were alive today I imagine him riding a Harley Fat Boy. It’s got a 1,584cc pushrod V-twin engine; six gears, massive torque, has no saddlebags and would be ideal for itinerant monks flying those twisty roads of Europe’.

St Columbanus and his monks paved the way for many forms of meditation and contemplative prayer that are practiced today by people both Christian and non- Christian. He was Christ-like in his prayer and presents us with a way of praying, that of keeping vigil. He invites us to sit at the feet of the Master, to ‘take care to be silent, empty the mind’, watch and stay, listen to the silence, engulf oneself in the cloud of nothingness and there encounter our God.

St Columban, missionary, contemplative, prophet and teacher is part of who we are.

This article appeared in the March-April 2015 issue of Far East, the magazine of the Columbans in Ireland and Britain.

You will find the music and lyrics here.

St Columban, a place of worship, a crescent moon.
St Columban, the heart of Ireland, a door to blessing.
St Columban, an amaranth sky
A winter rose, as if by magic
enclosed in the belly of Trambileno.