‘I have a dream that my four little children will one day live in a nation where they will not be judged by the color of their skin but by the content of their character.’ (Martin Luther King, 28 August 1963) [Video of full speech here. Text here.]

Martin Luther King delivered his famous ‘I have a dream speech’ in a particular context. Some southern states of the USA still practiced segregation, ie, separate facilities for white and black people, those for the latter always inferior. This had its origins in the history of slavery in the Americas, the original slaves having been brought from West Africa.

The author is a Columban priest who celebrated the Golden Jubilee of his ordination to the priesthood last December and is from Ireland. Apart from some years working in Britain he has been in the Philippines since 1966.

Parola Compound, Tondo, Manila, is one of the largest shantytowns in the Philippines.  It is in the capital, Manila, on a long stretch of low-lying land between the Pasig River and the busy North Harbor Shipping Terminal.  It is the home to some 4,000 families.  On 2 March 2015 a fire, which started from an unattended flame, swept swiftly through the whole area devouring everything in its path.

The author is a priest of the Diocese of Bacolod, which includes Bacolod City and the central part of Negros Occidental from Victorias City in the north to Hinigaran in the south. He is from Our Lady of Peace and Good Voyage Parish, Airport Subdivision, Bacolod City. 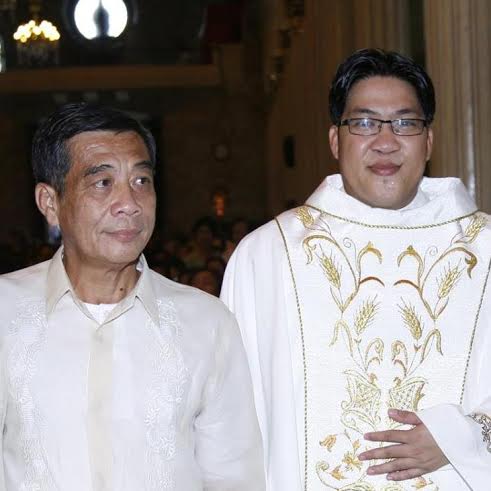 I can compare the life of my father to the Eucharist, a testimony of love and sacrifice. ‘If the Lord wants to take me, I am ready to go.’  This was the answer he would give every time we would ask him to take care of his health. I remember the first time he said this to me directly. I had been a priest for one year and assigned as parochial vicar in St Mary Magdalene Parish, Hinigaran.  My father was president of the Adoracion Nocturna Filipina (ANF), a church-based lay organization of men who devote themselves to prayer and adoration of the Blessed Sacrament.  As president, Tatay asked that the ANF’s annual diocesan-wide vigil in honor of the Blessed Mother be held in the parish where I was assigned. 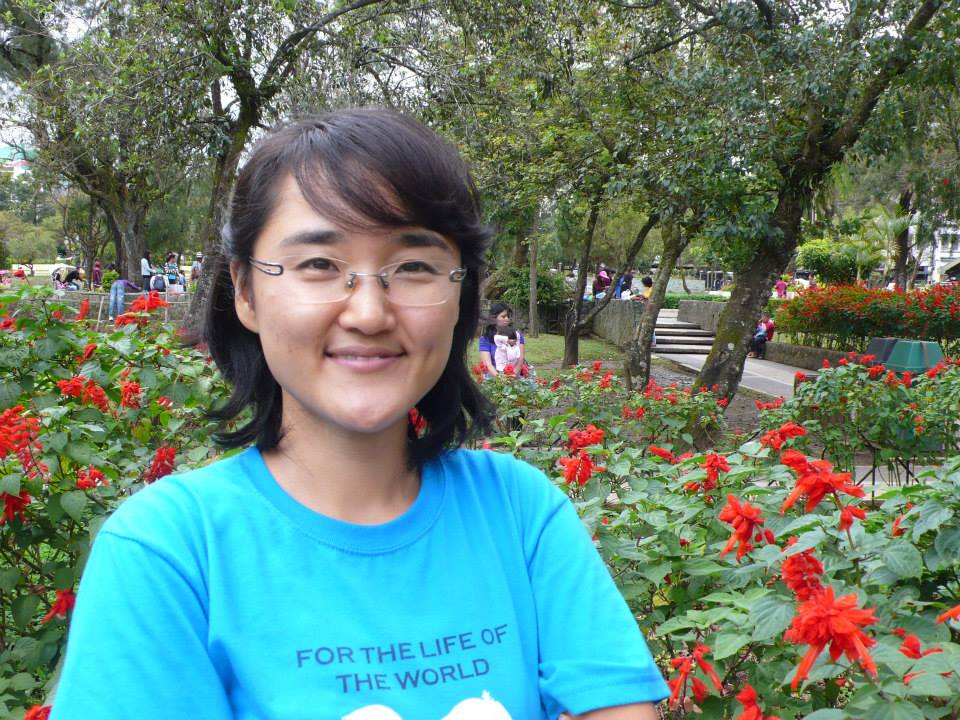 In January 2015 I began a new ministry in Payatas, Quezon City, known as the Second Smokey Mountain, the original having been in Tondo, Manila, a landfill that had been used for more than 40 years. I am assigned to the CBR (Community Based Rehabilitation) Center for special children. In the center, physical therapy and learning programs are offered to the children three times a week.

MY MISSION EXPERIENCE IN MINDANAO, PHILIPPINES

Lanieta Tamatawale is a Columban Lay Missionary (CLM) from Fiji who came to the Philippines in 2003 as a member of a team from Fiji and Tonga. After six years here Lani was assigned back to Fiji for four years as CLM Coordinator. Since 1 Jan 2015 she has been working in Hong Kong as a member of the Lay Missionary Central Leadership Team. 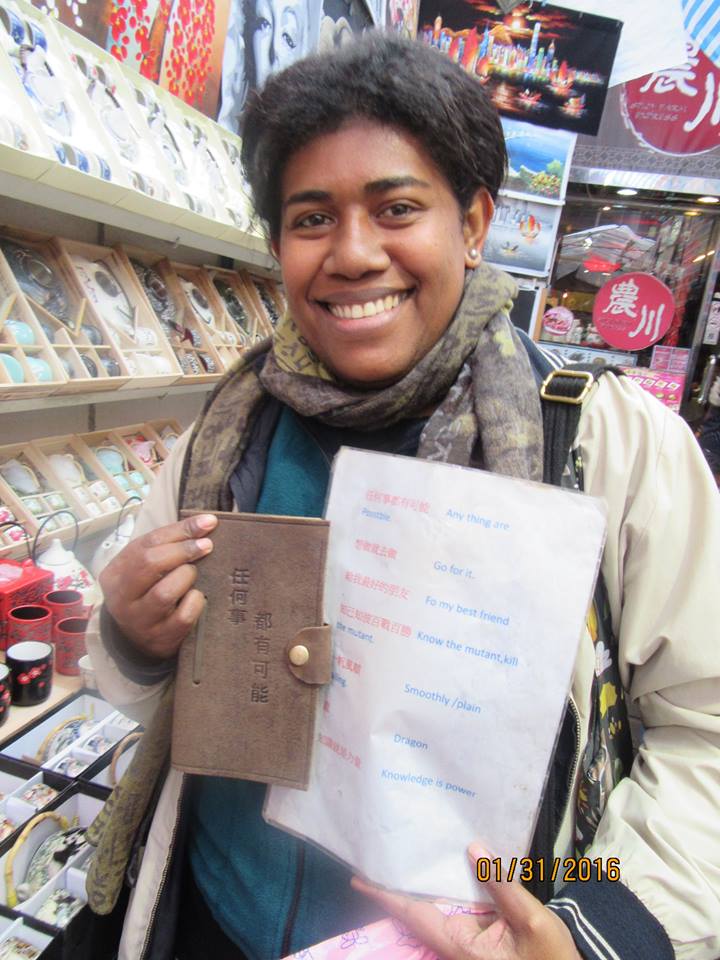 The author in Hong Kong

I first came to the Philippines in 2003. I was shocked by the many people I saw in Manila and by the bumper-to-bumper traffic. Jeepneys and tricycles were new to my two companions and me.  They amused us and it took time for us to get use to riding them. 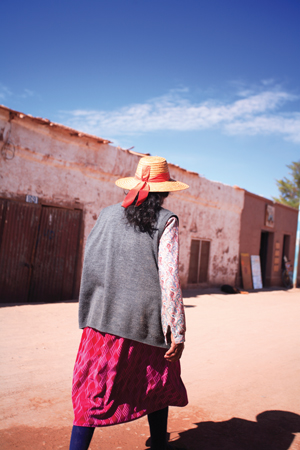 Father Saenz, a frequent contributor to MISYONonline.com, was ordained in 2000. He is from Omaha, Nebraska, USA, where the Columban headquarters in that country are located. He spent part of his formation period in the Philippines. Here he tells an extraordinary story of welcoming new life.

Three or four years ago I was in Tasmania, Australia, for mission promotion work.  A school girl in St Patrick’s Catholic College of Launceston asked, ‘What is the hardest thing about working with people in poverty?’  The question stumped me a bit and made me think.  Generally, it’s the youth who ask the deep theological questions.  After reflecting for a moment, I answered her, ‘the feeling of being powerless to change the situation of the person in poverty’. 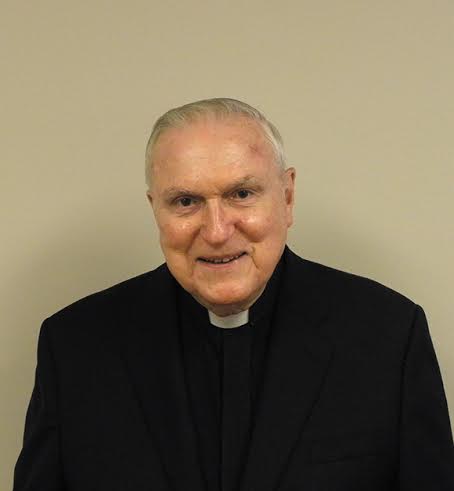 Fr Duster [DOOster] is from Cedar Rapids, Iowa, USA. He was ordained in December 1961. He worked in Japan from 1962 till 1969. He spent some time in the USA as vocation director and was later to spend 23 years working in Fiji. He also studied canon law in Rome.

It was a missionary’s dream vacation. During the summer of 1967, a Columban classmate of mine, Fr Jim Duffy, who was on his first six-year tour of Korea and I on my first term in Japan, decided to fly down to the Philippines to visit our Columban classmates and confreres. Little did we imagine that it would bring us within two minutes of meeting Our Maker! The trip began well with an exciting week in Manila followed by a wild ride on a commercial bus to Olongapo to visit friends in the Province of Zambales near Subic Bay, a huge US Navy port in those days. The bus drivers on the Victory Liner seemed to compete for passengers by racing one another and passing in what I thought were dangerous situations on the narrow two lane highway.