Fr Brian Gore, from Western Australia, was ordained in 1968 and then came to the Philippines, where he was assigned to the southern part of Negros Occidental, at that time in the Diocese of Bacolod but since 1987 the Diocese of Kabankalan, an area where the Columbans have worked since 1950.

We are promoting a programme of subsistence farming in the parish of Oringao, in the mountainous hinterlands of Kabankalan City, Negros Occidental, where I worked from 1975 to 1984. I no longer work as parish priest but coordinate any parish related matters with the present parish council. In the old days we were able to organize rallies of up to 10,000 community members determined to protest against abuses by the military, government officials and landlords. We were seen by the Marcos regime as a threat to established power. Seldom before on Negros Island had the poor found a way to stand up to the wealthy and powerful. 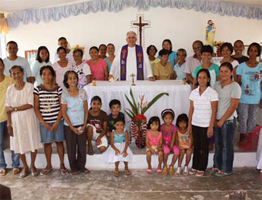 In the early 1970s the price of sugar began to rise, prompting major sugar-cane growers to make a grab for more land by moving on the land of subsistence farmers around the foothills of the mountains. They would attempt to pick off the small farmers one by one by taking out an eviction order and having it enforced by the police or the military. However, on the day of the eviction each community in our parish would send up to 20 members who would join in the communal work on the farm affected. Our non-violent tactics together with the ability to convoke so many local residents to a rally constituted a power that the military were not able to control. So we were seen as a threat that had to be eliminated. After Blessed Pope John Paul II’s visit to the Philippines in 1981 the establishment in Negros declared war on the Church. The Pope said in his talk in Bacolod City on 20 February 1981: ‘Injustice reigns when the laws of economic growth and ever greater profit determine social relations, leaving in poverty and destitution those that have only the work of their hands to offer. Being aware of such situations, the Church will not hesitate to take up the cause of the poor and to become the voice of those who are not listened to when they speak up, not to demand charity, but to ask for justice’.

On 10 March 1982 Mayor Pablo Sola of Kabankalan was ambushed and killed along with four others. At the time he was out on bail having being charged, along with the military, with the murder of seven farmers from our parish. In September of the same year Frs Niall O’Brien RIP, Vicente Dangan RIP, six lay workers - Conrado Muhal (RIP), Lydio Mangao, Peter Cuales, Geronimo Perez, Jesus Arzaga and Ernesto Tajones - and I were charged with the murder of the mayor and his four companions. We were jailed and later dubbed the Negros Nine. We were released 14 months later after the judge ruled that there was not enough evidence to convict. A deal was worked out that all charges were to be dropped against all of us and that Father Niall and I would leave the country within 30 days of being released. The six Filipino lay workers would be free to return to their families without reprisals. 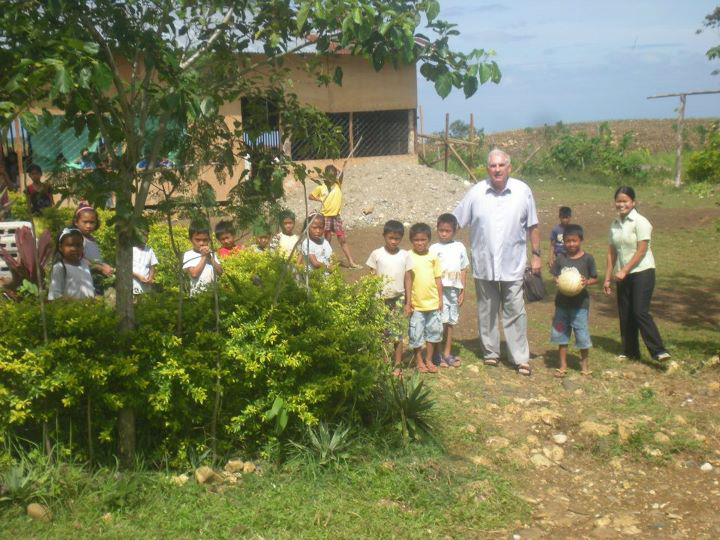 President Marcos was defeated by Cory Aquino in the 1986 snap election but the new president was unable to control right-wing elements in the military who unleashed a reign of terror on the Christian communities involved in social issues. The military used para-military forces to destroy the networking and the non-violent power of the Christian communities. Also, the bishops began to back a less confrontational form of Christian communities, which were not built on organizing around social issues, but on the promotion of intra-ecclesial ministries. As from 2007 I have renewed contact with people I was forced to say goodbye to in 1984. 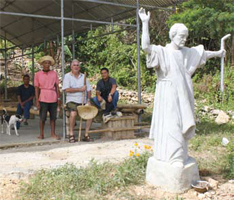 However, the lot of the poor is maybe even worse than in the 1980s. Those of us involved with the rural communities today wish to ensure that the sacrifice of those who were martyred for their commitment to live their faith, proclaiming justice and protesting injustice, will neither be forgotten nor be in vain. 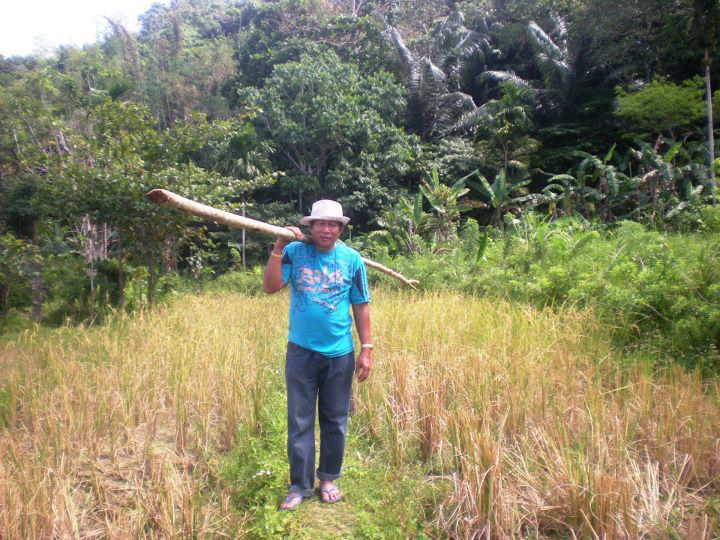 Generating large networks of communities committed to shaping a more just society is no longer a major thrust in the Philippine Church’s pastoral ministry. So we are putting our energy into the development of sustainable agricultural methods, a more efficient approach to marketing, and the promotion of a producer/consumer cooperative. Most of our energy is going into creating, with the communities, a viable way of remaining on the land. 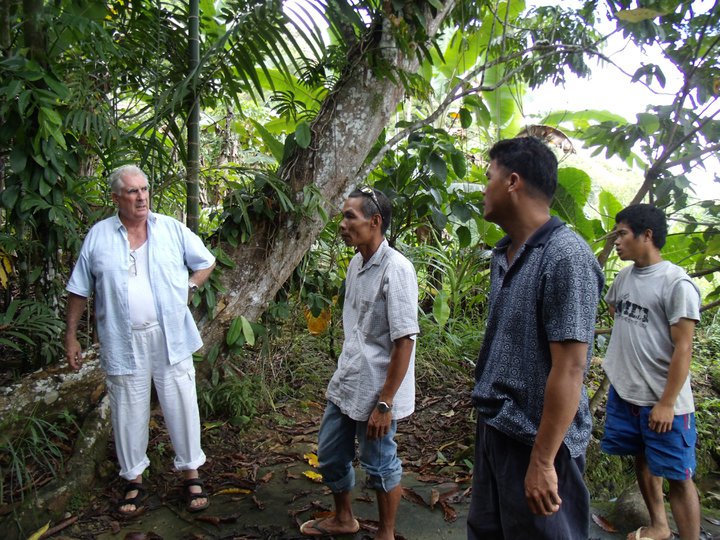 The cooperative is an essential part of our work with the farmers. No matter how efficient farming methods may be, without some control of the marketing of their produce, the small subsistence farmers cannot progress economically. Also, we hope that through the cooperative the various experimental agricultural projects of the ‘Negros Nine Demo Farm’ will be replicated in the farms of its members. 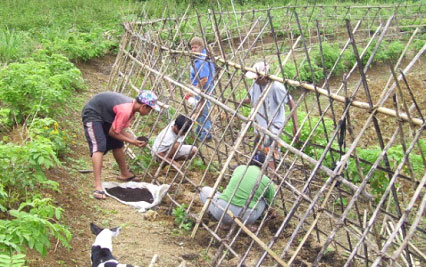 There are now 53 communities in the parish, seven of which surround our experimental farm and reforestation project. With financial support from Australia and Ireland we bought land to start an experimental farm and are well on the way to showing results that should help local farmers improve their farming methods. On one section we are maintaining the indigenous trees, shrubs, vines and grasses. On other sections we have planted new trees, as much of the forest had been destroyed by logging and slash and burn farming. 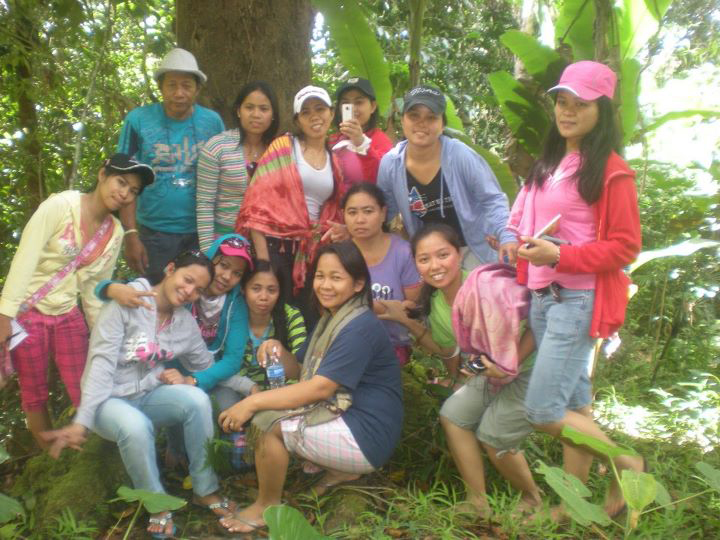 Our patch of forest protects the water catchment and the spring that allows us to irrigate our farm and provides water for our nursery, the vermiculture project, the fish pond, the vegetable garden, various animals and domestic purposes. We are experimenting with contour farming to control the erosion of the soil and rejuvenate the soil’s fertility by crop rotation and various forms of composting. Pray that we can keep these people on their land. The alternative for them would be to move even further down the spiral of abject poverty.

You can read more about the work of Father Gore on the website of the Negros Nine Human Development Foundation, Inc.