By Verne Turner and Vernon Douglas

This is an excerpt from an article published in New Zealand Catholic. We are publishing this on the occasion of Fr. Vernon’s 75th death anniversary on July 27, 2018. 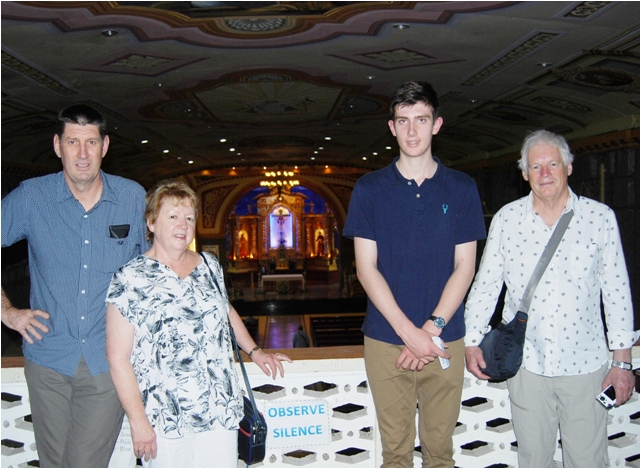 Fr. Vernon Douglas was deeply loved by the Douglas family from Johnsonville in Wellington, New Zealand. Verne and Vernon were named in his memory. Fr. Vernon’s deep faith led him to become a Columban missionary assigned to the Philippines during the Second World War.

In 1943, Japanese soldiers believed that the local guerillas had shared valuable information with Fr. Vernon; so forced him to tell what he knew. With the seal of confession, he refused to talk and, for that, he was tortured and finally killed.

Reflecting on Fr. Vernon’s suffering at the hands of the Japanese which led to his death, the Columban Missionaries in the Philippines decided to make a pilgrimage on September 28, 2016 to Pililla, Rizal and Paete, Laguna. Four members of our family were fortunate to join that pilgrimage – Vernon Douglas, his son Brendan, Verne Turner and her husband Cliff. 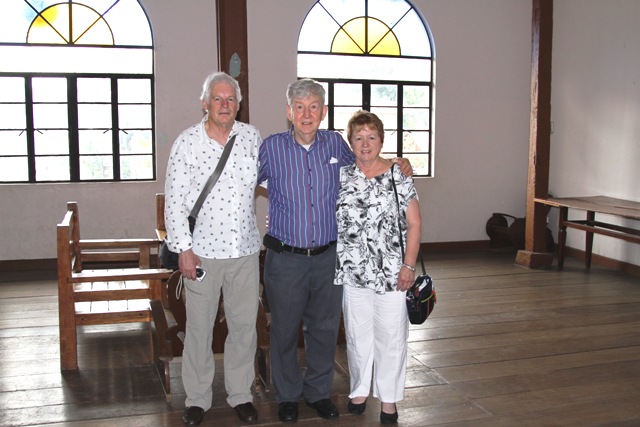 Cliff and Verne Turner with Fr. Michael Mohally at the sala of the convent in Pililla where Father Vernon lived

To see the beautiful 430-year-old Spanish church in Pililla and the thriving loving Christian Community confirmed to us that the work started by our uncle over 70 years ago continues today. At St. Mary Magdalene Parish, we strongly felt Fr. Vernon’s presence. We saw the baptistery register with his hand-written entries, a real proof that he had been there.

We went upstairs and stood in the large room attached to the church where Fr. Vernon lived. It was a joy to imagine what life in the Philippines might have been like for him. But, it was also painful to think that it was there that he was first questioned by the Japanese soldiers, dragged downstairs and thrown on a truck that would take him to Paete, a journey of about five hours at that time. For a foreign young man of 33 years, it must have been an incredibly frightening experience. 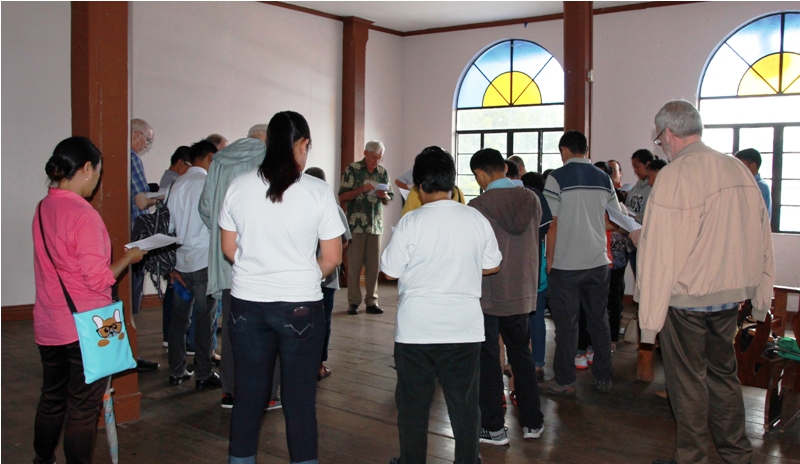 Pilgrims having a prayer service

In Paete, we talked to two elderly women, Dominga Dayocot and Aurelia Cadapan, who had both seen Fr. Vernon tied to a pillar in the church at Paete. We were deeply moved at St. James the Apostle Church when we touched the pillar to which he was tied and tried to imagine the fear and pain he must have experienced. 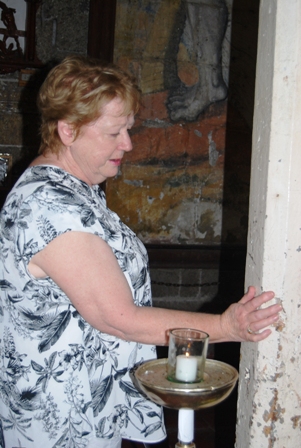 The pilgrimage ended with a concelebrated Mass giving thanks for the life of Fr. Vernon. We felt the joy of Fr.Vernon’s spirit present with us.

Following in our uncle’s footsteps, to see where he had prayed, slept, lived and ultimately died was truly overwhelming – a pilgrimage we feel so very privileged to have been able to make.


Author:
Verne Turner
Vernon Douglas
‹ Celebrating 100 Years of Mission in the Philippines up From the Editor ›