Fr Kevin O’Neill, the Superior General of the Missionary Society of St Columban, welcomed LAUDATO SI’, the encyclical of Pope Francis ‘On Care for our Common Home, with these words: ‘We thank Pope Francis for his visionary and pastoral leadership which invites us as faithful disciples of Jesus to an on-going ecological conversion. Our lived experience speaks to us as we see the impacts of the exploited Earth and exploited peoples. We believe, as stated in our 2012 General Assembly, ‘that we are called to solidarity with marginalized people and the exploited Earth [which] are ways we participate in God’s mission’.’ 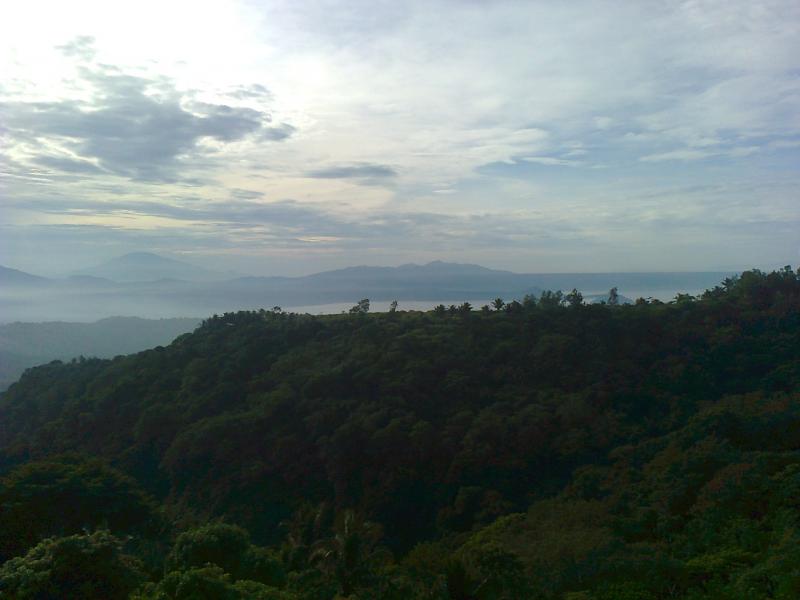 We read in Mark 1: 14-15, ‘Now after John was arrested, Jesus came to Galilee, proclaiming the good news of God, and saying, “The time is fulfilled, and the kingdom of God has come near; repent, and believe in the good news.” ‘In other words, Jesus calls us to conversion at the very beginning of his public ministry. 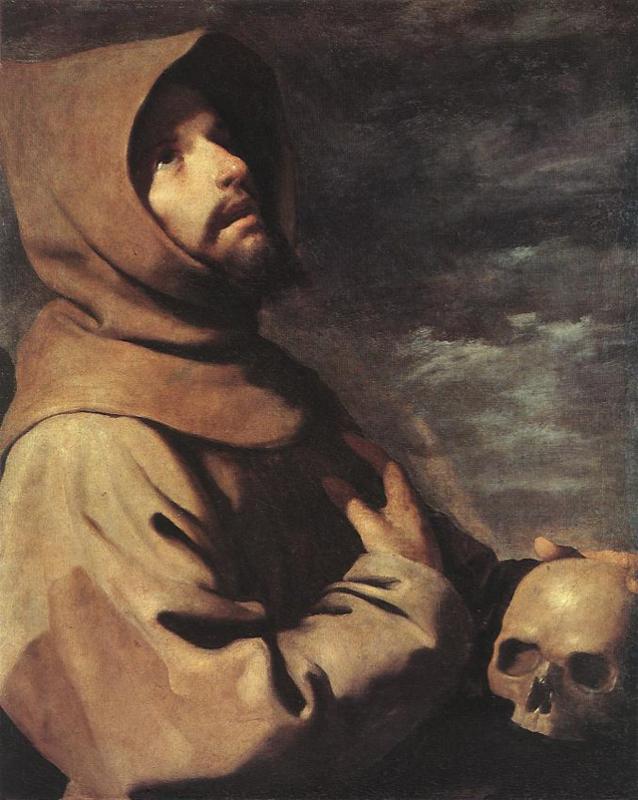 Pope Francis finds great inspiration in the life of the man ‘whose name I took as my guide and inspiration when I was elected Bishop of Rome’, St Francis of Assisi. He writes in No 10:  ‘I believe that Saint Francis is the example par excellence of care for the vulnerable and of an integral ecology lived out joyfully and authentically. He is the patron saint of all who study and work in the area of ecology, and he is also much loved by non-Christians. He was particularly concerned for God’s creation and for the poor and outcast. He loved, and was deeply loved for his joy, his generous self-giving, his openheartedness. He was a mystic and a pilgrim who lived in simplicity and in wonderful harmony with God, with others, with nature and with himself. He shows us just how inseparable the bond is between concern for nature, justice for the poor, commitment to society, and interior peace.’ All of this speaks of conversion. 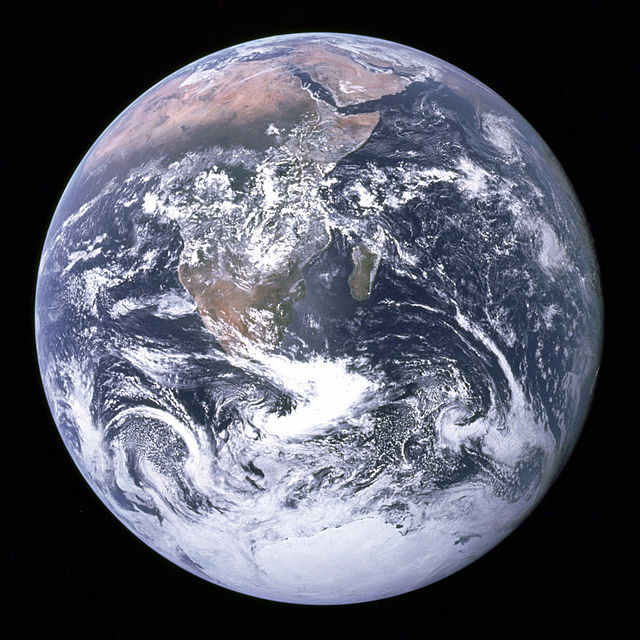 The Blue Marble [Wikipedia]
Photo of earth by crew of Apollo 17, 7 December 1972

And part of conversion is accepting responsibility that comes from the demands of our faith: ‘If the simple fact of being human moves people to care for the environment of which they are a part, Christians in their turn “realize that their responsibility within creation, and their duty towards nature and the Creator, are an essential part of their faith”’ (No 64). 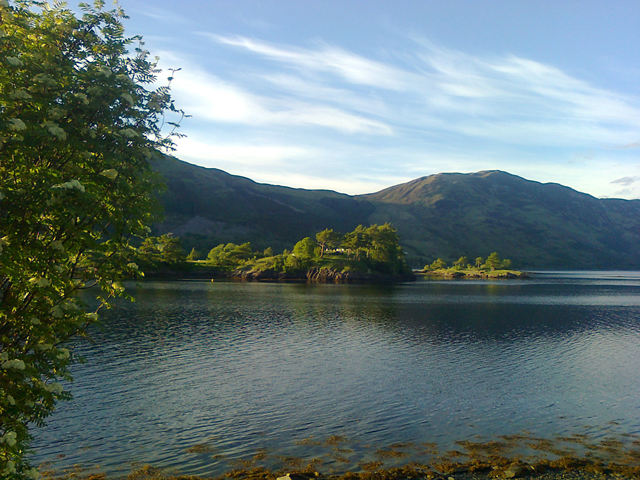 In No 120 the Pope touches on one of the greatest evils in today’s world: ‘Since everything is interrelated, concern for the protection of nature is also incompatible with the justification of abortion. How can we genuinely teach the importance of concern for other vulnerable beings, however troublesome or inconvenient they may be, if we fail to protect a human embryo, even when its presence is uncomfortable and creates difficulties? “If personal and social sensitivity towards the acceptance of the new life is lost, then other forms of acceptance that are valuable for society also wither away”.’

No 117 says very forcefully, ‘Neglecting to monitor the harm done to nature and the environmental impact of our decisions is only the most striking sign of a disregard for the message contained in the structures of nature itself. When we fail to acknowledge as part of reality the worth of a poor person, a human embryo, a person with disabilities – to offer just a few examples – it becomes difficult to hear the cry of nature itself; everything is connected. Once the human being declares independence from reality and behaves with absolute dominion, the very foundations of our life begin to crumble, for “instead of carrying out his role as a cooperator with God in the work of creation, man sets himself up in place of God and thus ends up provoking a rebellion on the part of nature.”’

The Bishop of Rome writes in No 230: ‘Saint Therese of Lisieux invites us to practise the little way of love, not to miss out on a kind word, a smile or any small gesture which sows peace and friendship. An integral ecology is also made up of simple daily gestures which break with the logic of violence, exploitation and selfishness. In the end, a world of exacerbated consumption is at the same time a world which mistreats life in all its forms.’ 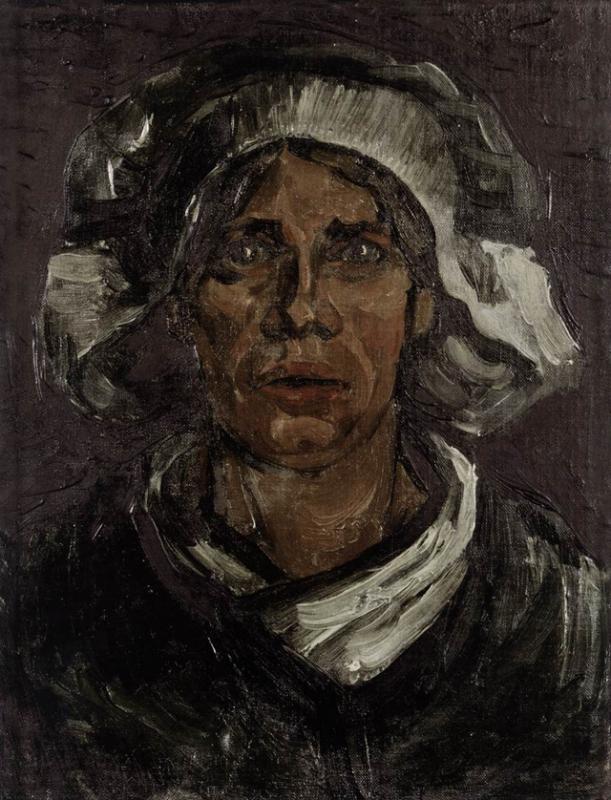 Head of a Peasant Woman with White Cap, Van Gogh, March 1885
Kunstmuseum, Berne, Switzerland [Web Gallery of Art]
‘There is a mystical meaning to be found. . . in a poor person’s face’

The successor of St Peter writes beautifully in No 233: ‘The universe unfolds in God, who fills it completely. Hence, there is a mystical meaning to be found in a leaf, in a mountain trail, in a dewdrop, in a poor person’s face.’

He reminds us of the importance of Sunday Mass: ‘On Sunday, our participation in the Eucharist has special importance. Sunday, like the Jewish Sabbath, is meant to be a day which heals our relationships with God, with ourselves, with others and with the world. Sunday is the day of the Resurrection, the “first day” of the new creation, whose first fruits are the Lord’s risen humanity, the pledge of the final transfiguration of all created reality. It also proclaims “man’s eternal rest in God”’ (No 237).

Your editor has only yet dipped into LAUDATO SI’. It is a document that is meant to be read slowly, reflectively and prayerfully, a document ‘which is now added to the body of the Church’s social teaching’ (No 15) and therefore to be understood as God guiding us through his Church. It is an interpretation of the Gospel in the context not only of the world of today but of the world of tomorrow that we will bequeath on those who come after us.

It is a document that asks us to do what Jesus asked at the beginning of his public ministry: ‘ repent, and believe in the good news’. 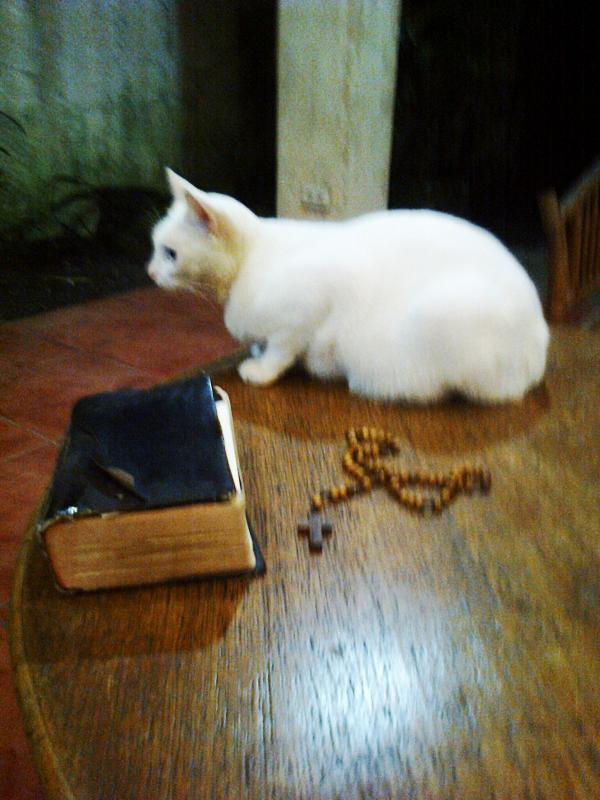 Father, we praise you with all your creatures.
They came forth from your all-powerful hand;
they are yours, filled with your presence and your tender love.
Praise be to you!