From a Blessing in Disguise to the Land of the Unexpected

Fr Elmer M. Dula of the Rogationists tells us how unplanned was his entering the seminary and then later on found himself embracing his vocation. Father Elmer continues his mission work as a parish priest in Papua New Guinea.

I believe that everything that has happened in my life is a blessing – successes, failures, joys and pain. They come in so many forms because of a God whose love for me and for the rest of mankind is infinite and boundless. It is by his grace that I became a missionary priest in a land I thought would only be in my dreams. Looking back on my formation years, I can only see that indeed, my missionary vocation has been a ‘blessing in disguise’.

In 1992 I was in fourth year high school. One day a classmate who was seriously considering the priesthood invited me to accompany him to our parish priest. He wanted to be an altar-server as his personal preparation for the seminary. I went with him I don’t know what he said to the priest but after his interview, the priest called for me. My immediate reaction was surprise, ‘Why me?’ I was only accompanying my friend. Out of respect I obliged and also became an altar-server.

Holy Spirit Seminary, Bomana, near Port Moresby
The Diocese of Alotau-Sideia is part of the ecclesiastical province of Port Moresby.

We were the oldest in the group. Our companions were grade six students and first year high school students. I was a bit embarrassed but for friendship’s sake continued serving at the Holy Mass for the rest of our high school days. My friend also invited me to join him for a ‘vocation orientation’ in Cebu City. Wow, an opportunity for me to leave Leyte and see other places. So I willingly accompanied my friend. He was seriously considering life in the seminary, while I was just looking for adventure. As the saying goes, ‘God writes straight with crooked lines’. 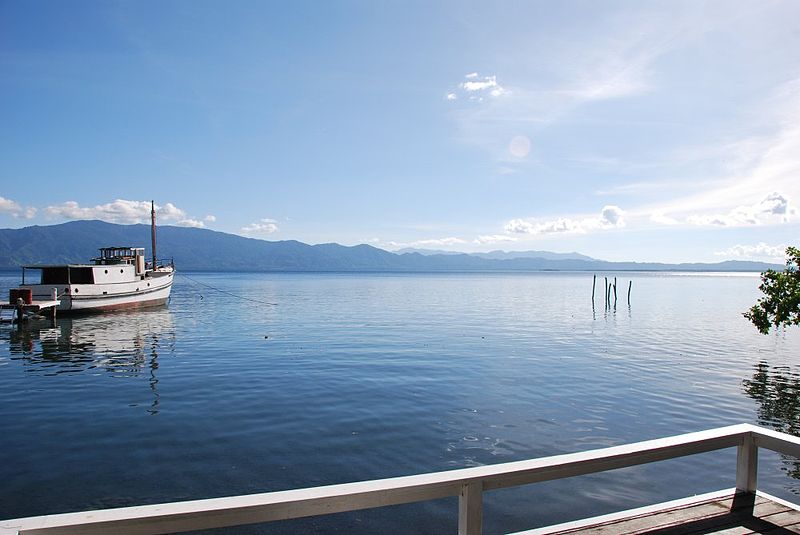 After graduation, my friend decided to pursue another career and I found myself inside the seminary. I told myself that I would try it for a year only. That one year became two, three, four until I became a novice in 1998. My family was surprised with my decision to become a priest but they were happy and supported me all the way.

Almost everything was going well. I passed one stage of formation after another, but when I was in second year Theology in 2004 when I was a temporarily professed religious brother when my Superiors decided to send me home because of a bad decision I had made. A high school friend asked me to help her go abroad. In my eagerness to do so, I borrowed money from friends. Then I found out that everything was a lie. She ran away with the money and I was left alone not knowing how to return it. I had borrowed from friends just to help her. It was a very painful experience, a feeling of being betrayed by someone I had trusted with all my heart, even putting my vocation in danger. My superiors had known nothing about what I had done but when they found out they judged me accordingly.

I bowed my head in recognition of my fault. With a very heavy heart I accepted their decision, one they had a right to make. It was a friend of mine who had got me into the seminary and now it was also a friend who had got me out of it­.

I asked my Superiors for just one more chance to prove myself. Perhaps I had a vocation to the priesthood. Having in mind the vocation story of St Peter who after realizing that he had betrayed the Lord, with all humility accepted his own fault and from where he fell stood up and offered his whole life preaching about the person whom he betrayed – Jesus. With God’s grace, just like St Peter, I was given another chance. And my Superior decided to send me to the Land of the Unexpected: Papua New Guinea (PNG)! This time I wasn’t going in the name of adventure. I was going eagerly to serve the Lord.

In 2004, the Rogationists were just starting to form a community in PNG and needed a Religious Brother to assist them. Sideia Mission is the first missionary presence of the Rogationists in Oceania. Yes, I took the challenge because I also wanted to see if I had the vocation for the mission.

I was asked to stay for a year only after which I could continue my theological studies. I asked myself, ‘Is this some sort of punishment for the mistakes I committed?’ My Superior, perhaps reading my mind, said to me, ‘Don’t take this as a punishment.’ When my missionary exposure was almost ending, I was already preparing to go back home to continue my studies but I was asked if I could stay for one more year. I stayed for two years and two months, with a heart full of gratitude to the Lord for showing me the way. My missionary exposure had helped me strengthen my vocation.

I admit that I did not make converts in the mission land; I simply tried to live the life of the people in the village where I was based. I did not preach lengthy sermons but simply gave witness to the love that God had shown me. In other words, the mission ‘converted’ me, I was transformed as I lived my day-to-day routine with the people by sharing in their joys and sorrows, listening to their stories, laughing with them, playing football with the students under our care, facing conflicts together and trying to solve them in a more Christian way. That’s how I did my mission as a Rogationist missionary brother from 2004 to 2007. I encountered many difficulties, but I found strength in prayer and in the prayers of those who supported me.

Before leaving Sideia Mission Centre, which is in the Diocese of Alotau-Sideia under Bishop Rolando Crisostomo Santos CM, a Vicentian from Malabon, Rizal, I promised the people that I would be back as soon as I would be ordained as a priest. In this way I would not only give witness by deeds but also preach the WORD.

In 2007, I went back to the Philippines, continued my theological studies and was ordained priest in August 2009. In January 2010 I returned to PNG, this time with no thought of ‘punishment’ but of gratitude. I came back in this mission land to fulfill a promise, not only to the people of Sideia Island in particular and PNG as a whole, but to a gracious God, who gave me the ‘chance of a lifetime’. Yes, the Mission became my ‘saving-grace’, and it is out of gratitude that I am spending the rest of my life, loving God in the faces and hearts of the Papuan people.

In 13 January 2010 I set foot again on the ‘Land of the Unexpected’ ready to face the challenges ahead, challenges different from those I faced as a seminarian. Now, as Parish Priest, I am aware of the weight of my responsibility, something I didn’t experience as a student.

My experience in PNG as a missionary tells me that it is not easy to live a life of witness to the truth of Jesus Christ. I have to live the gospel values all the more, so that the people may see the God that I worship and adore. But more than being a witness, I am also asked to preach the Word of God in small communities, to speak about the good news of Jesus Christ. At times I have been unable to explain the gospel properly and there saw my weaknesses and inadequacies. Yes, in the mission, I am living my consecration to the best of my ability, my life-witnessing alive. I can say with St Peter, ‘Always be ready to give an explanation to anyone who asks you for a reason for your hope . . .’ (1 Peter 3:15, NAB).