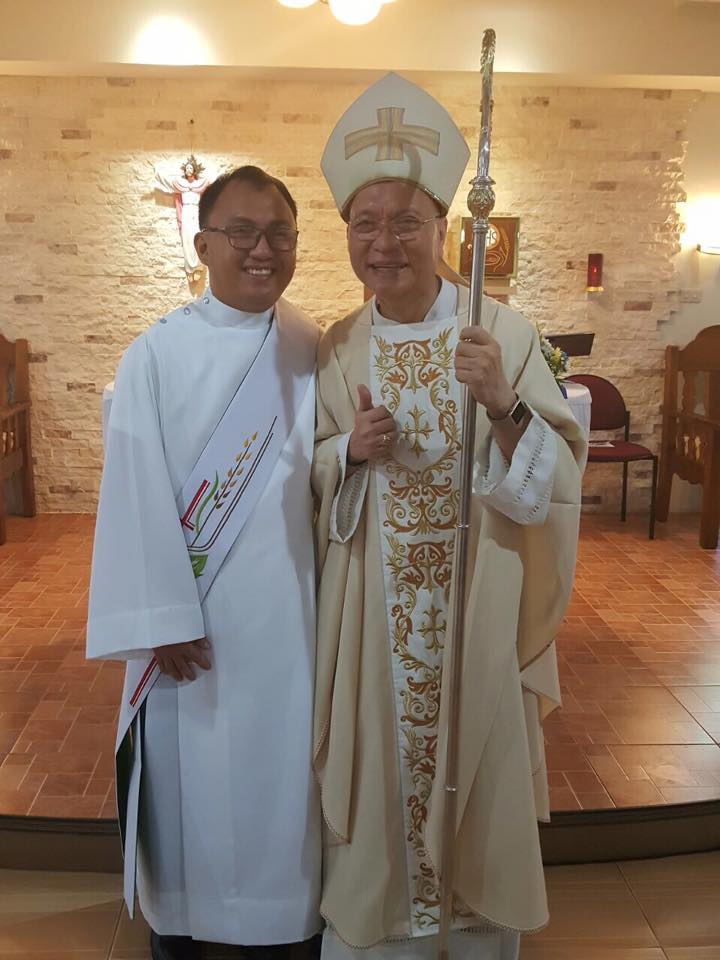 The author became a permanent member of the Missionary Society of St Columban on 29 April and was ordained deacon by Bishop Honesto F. Ongtioco of Cubao the following day in the chapel of the Columban House of Studies, Cubao, Quezon City.  He spent two years, 2014 – 2016, in Peru on his First Mission Assignment (FMA), part of his preparation to be a Columban missionary priest. He is from Holy Rosary Parish, Agusan, Cagayan de Oro City. He is a regular contributor to MISYONonline.com. Here he tells us of his experience in Manuel Duato School for Special Education from March to December 2015.

One of my most memorable experiences in Peru was my ministry in Manuel Duato School for Special Education, which serves young persons with special needs. It was founded on 16 July 1976 by Fr Austin Garvey, an Associate Priest of the Columbans from the Archdiocese of Westminster, England, and Columban Sister Elizabeth Doyle.

The author is a Columban seminarian who spent two years, 2014 – 2016, in Peru on his First Mission Assignment (FMA), part of his preparation to be a Columban missionary priest. He is from Holy Rosary Parish, Agusan, Cagayan de Oro City. He is a regular contributor to MISYONonline.com. 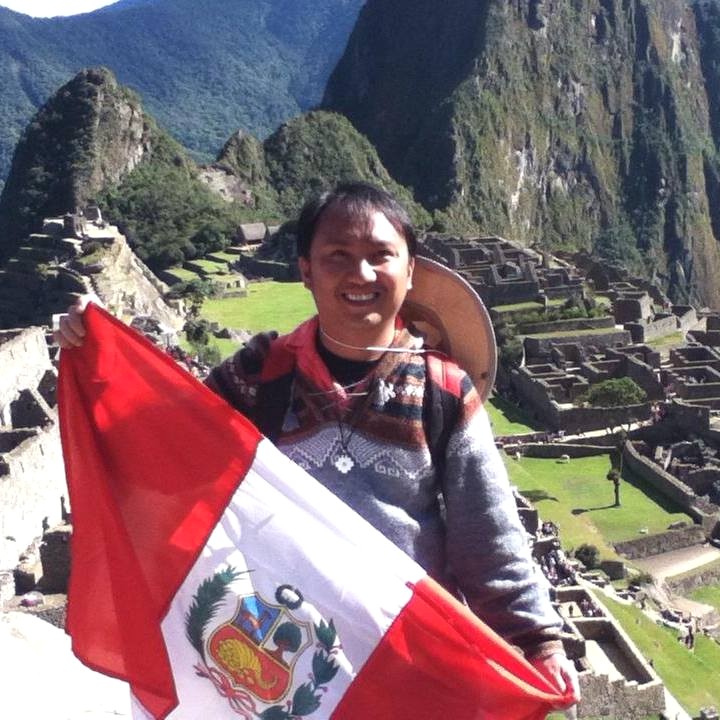 Erl with the Peruvian flag at Machu Picchu

Since childhood I have been fascinated by geography. As a child I loved to build ‘islands’ and ‘mountains’ of sand on the seashore and imagine myself at their summits. It was a lifelong dream to travel but being in Peru was far beyond my imagination.

By John B. Din

The author is from San Miguel, Zamboanga del Sur. In 1993 he went as a Columban Lay Missionary to Brazil where he spent seven years before being assigned to Peru. In 2011 he was appointed Coordinator of the Columban Lay Missionaries in the Philippines. Last year, after his sabbatical year, he was appointed Regional JPIC (Justice, Peace and Integrity of Creation) Coordinator and is based in Quezon City. 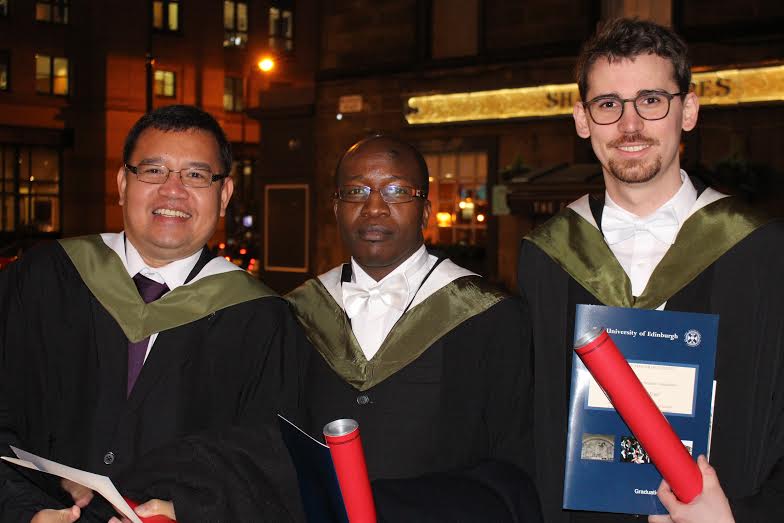 John Din (left) and friends at graduation, University of Edinburgh 2015

In his book The Light Which Deems the Stars the late Columban Fr Colm McKeating, who worked in the Philippines for many years, argues that the sabbatical is the climax of creation and includes the care and protection of every creature because they all belong to God. Thus a sabbatical year is a not about rest and idleness but is rather meant to be an active and intense experience of God who is the ground of our existence. Indeed, it is about breaking with routine and the familiar and uncovering the extraordinary behind the veil of everyday experience. It is amazing how a different kind of work can reinvigorate when it fits the desire of the spirit. 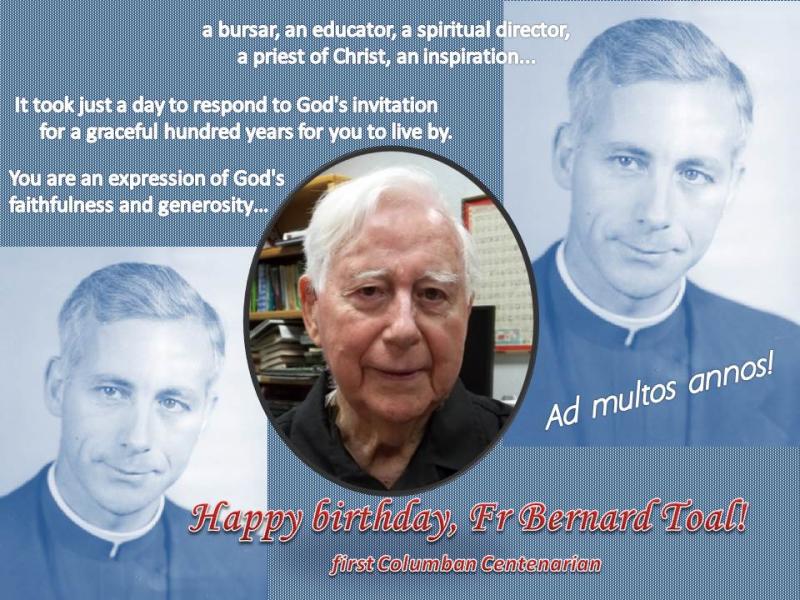 Fr Bernard Toal, the first Columban to reach the age of 100, was born in Philadelphia, Pennsylvania, USA, on 17 October 1915 but grew up in nearby Gloucester, New Jersey. He was ordained in Buffalo, New York, on 18 December 1943. Because of World War II he spent the early years of his priesthood in the USA. 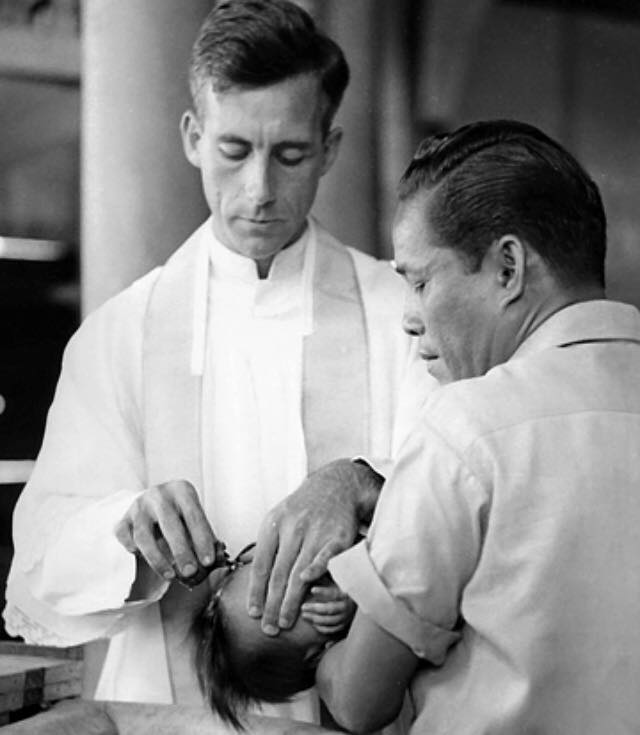 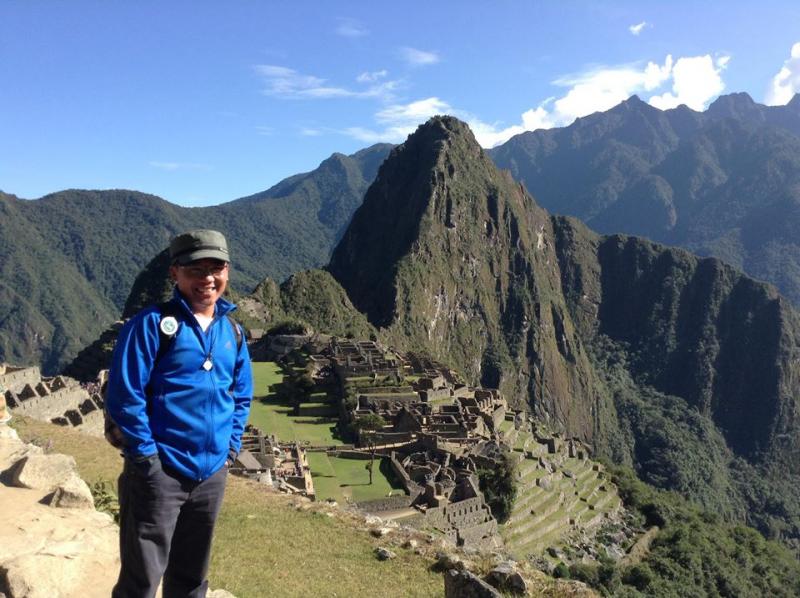 Welcome to Peru, Land of the Incas (‘Land of the Kings’). Many would say that you’ve never really been to this resplendent country until you’ve set foot in the majestic and incomparable Machu Picchu. I was able to visit this Incan legacy. But there’s more to Peru than just visiting its archaeological sites, being amazed at its mountains, jungles and deserts, and getting stuffed with local delicacies. If you stay awhile in Peru you will fall in love with its culture, its tradition, its faith and its people.

I am a Columban seminarian from Pulupandan, Negros Occidental, on First Missionary Assignment (FMA) in Peru. FMA is part of our formation as future Columban priests. We leave our homeland to taste what it’s like to be a missionary in a foreign land, crossing boundaries, experiencing an unfamiliar culture and encountering God in a new face and language.

My Experience on First Mission Assignment 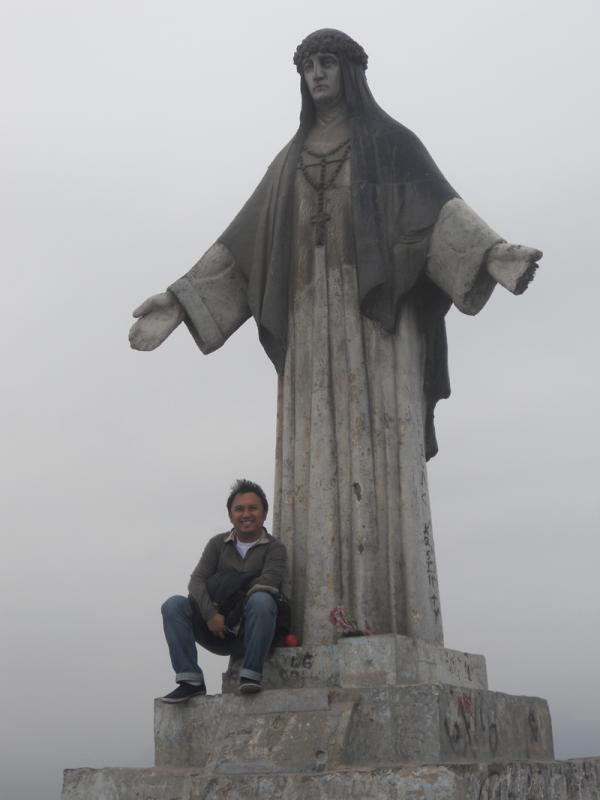 The author is a member of the Missionary Society of St Columban and is currently in Peru on his two-year First Missionary Assignment (FMA) as part of his preparation for the priesthood. He is from Cagayan de Oro City, Philippines. He went to Peru in 2014. This is the first part of his article. The second and final part will appear in the November-December issue.

Columban Fr Noel Kerins was ordained in Ireland in December 1965 and has spent most of his priestly life in Peru.

Columban Fr Noel Kerins and his prison team at a Mass for prisoners.

It was a hot and humid day. The jail is isolated and surrounded by sand. The prisoner's name was Peter; he was 22-years-old. I asked him his name, but he looked at the ground. His face was sad. He had just been baptized; his mother and sister had arrived for the ceremony. I had embarrassed him by asking for his father's name.

In Peru, I would be called Noel Kerins Fitzgerald: both my father's and my mother's surnames are included. When Peter responded ‘My father never recognized me’ he suffered a double loss of face. He had only one surname, and now he had lost his honor, admitting that he was illegitimate, and that in front of a foreign priest.

Perhaps to some this episode might appear trivial. Eight years as a prison chaplain in Lima has taught me otherwise. The vast majority of those in that prison - in all 3,600 - are victims before they victimize others.

In Peter's case, his single mother was the bread-earner of his home. She worked a 12-hour day for the equivalent of US$10 dollars a day. His sisters, one five years older than he, the other three, looked after and nourished him from the outset.

The author is from the USA and was ordained in 2000. Part of his preparation for the priesthood was in the Philippines. He is currently Rector of the Latin America Formation Program of the Columbans in Chile and Peru and lives in Santiago, Chile.

The ‘small things”, as St Thérèse, the Little Flower would say, are an important aspect of spirituality and mission. But don’t get a romantic notion of what that means or how it looks. Often the small things can be a nuisance, an inconvenience and a pain in the neck. That is the moment we have to be alert to what God is teaching us through these small things. I learned such some years ago when I worked in southern Chile. 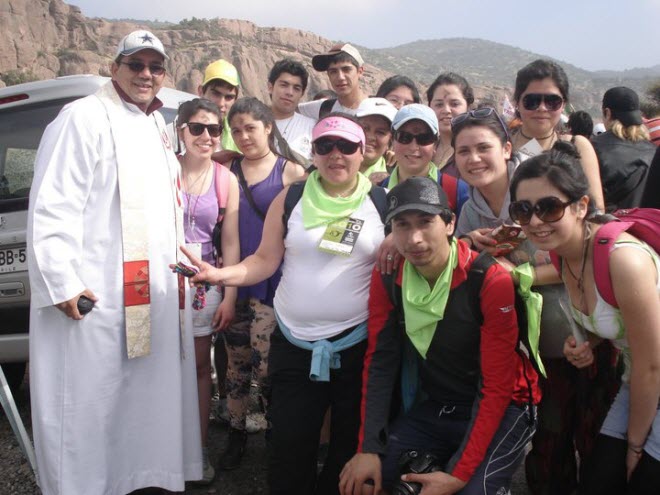 I was living in the rural countryside populated by the Mapuche, who are indigenous to parts of Chile and Argentina. One day, after visitations and meetings, I arrived home late, tired and hungry. With a cup of tea I sat down to watch the local news. Suddenly there was a knock on my door. What! Who can that be! My mind raced thus, completely upset by the intrusion. I opened the door to see Kata, a Columban lay missionary from Fiji who lived next door. ‘Sorry to disturb you’, she apologized, probably seeing discontent on my face. ‘There is a woman here to see you. She’s in our house.’ I told the Kata that I’d be there. With a huff and a puff I changed my clothes and went over. It was unusual for someone, especially a woman, to be out at this hour. I was surprised to discover that there were two women waiting for me, one being Maria who lived quite far away. They greeted me.

We from North America and Europe value being direct,‘getting to the point’,-so as notto ‘waste time’. However, in Chilebeing direct is not a value. It is considered rude. The women began with the usual general questions of how was I doing, my family, my health, etc. Having been in Chile for several years I was accustomed to this, but that night it was torture. I begrudgingly participated. After about 30 minutes the women finally got to the point. Maria explained that after shopping in the large city, two hours away by bus, they had arrived back here late and she had missed the last bus to her area.

Father Jovito shares how his childhood wonder at the ‘huge house inhabited by white strangers’ in Ozamiz City led him ultimately to leave a good job in the bank and become a Columban priest in Peru. He is now back in the Philippines as vocation director. He will be very happy to hear from any young man interested in following his footsteps at seladmj@yahoo.com

‘I pray especially for you to have the gifts of the Spirit of Discernment and the Spirit of Mission.’ That was the prayer of Columban Fr Desmond Hartford when he confirmed me in January 1997 in the chapel of the Carmelite Sisters, Marawi City, Lanao del Sur. After finding no proof of my confirmation Monsignor Des, then Apostolic Administrator of the Prelature of Marawi, suggested that I be confirmed there. He looked for my baptismal godparents, whom I had never met. He eventually found them and brought them to the ceremony. That was an unforgettable event precisely because I was born and baptized in Marawi City in 1969, but grew up in Catadman, Ozamiz City, when we left the war-torn place in 1972.

Encounter with the White Strangers

My first encounter with the Columbans was during my elementary years. Going to school I passed by a huge house inhabited by white strangers. We called it ‘Ang Palasyo’, ‘The Palace’, as it was the biggest house in town. Those passing by were curious about the overwhelmingly big house, about those white men what they were they doing in our place. Their towering height seemed threatening to little kids like me. But I was not afraid of them because they were very nice. They tried to speak and ask questions in Bisaya, and would even laugh as they were corrected. I learned that they were missionary priests and that Ang Palasyo was the central house of the Columban Fathers in Ozamiz City. Most of the Columbans I met in Mindanao were people-oriented, lived a simple lifestyle, were very down to earth and courageous, and chose to stay despite the danger – things that captivated me as I was silently discerning my vocation.

From Peru to the Philippines

The author is a Columban lay missionary from Peru working in Cagayan de Oro City. Fr Rolly Aniscal, from Gingoog City, Misamis Oriental, has worked in Peru as a Columban missionary and is now one of our vocation directors, based in Manila.

‘In a forgotten town I don’t know why
and his dark man’s dance makes him move.
In the town they call him Black José,
friend Black José.’

So opens El Candombé para José by Roberto Ternán sung by the Chilean group Illapu. Listening to it, I can’t help but think of the many forgotten people around me, many living on the side of the road like the blind man of Jericho. Listening, I hear the sound of the charango and guitar, of the bamboo flute and harmonica and of other instruments. I can’t help but think of the many ‘Josés’, friends who are marginalized, discriminated against and exploited by a system that does not favor the poor or, shall we say, does not favor those already impoverished.