The author is a Columban priest from Ireland. He is known around the world as an eco-theologian who is working to raise awareness on the connectedness between justice and peace issues, environmental sustainability and faith. He is currently the researcher for Justice, Peace and Integrity of Creation (JPIC) priorities of the Missionary Society of St. Columban.

Farming and food production are huge industries in today’s world. Since the beginning of the industrial revolution, the number of people directly involved in agriculture has been dropping in First World countries. Today in the United Kingdom, only 2 percent of the population are working on farms. Even so, figures from the Department of Environment, Food and Rural Affairs in 2014, estimated that the food and drinks manufacturing sector contributed £27 billion to the United Kingdom’s economy. Furthermore, 3.8 million people were employed in these industries (van der Zee, 2018).

Fr. Mickey, as known to many, is a Columban priest assigned in Malate and is the author of the books Walking in Their Light and Remembering Fr. Niall O’Brien.

February has always been a special month for me in the Philippines: it is usually the coolest, and always the shortest month in the year; we priests would often take our local vacations during this month.

But February became even more special when I was assigned to Malate. So much Columban History was lived out there: in February 1945, all five Columban priests assigned to Malate Parish were killed in the Battle for Manila. Four of the Columban priests along with some twenty male parishioners who had taken refuge in the Church, were arrested and killed by the Japanese military on February 10. A fifth priest was killed three days later while working with the sick and the injured in Malate School, which had been transformed into a Hospital. He died from American shells which killed hundreds who had taken refuge in the school on that fateful day – February 13, 1945.

The author is from Ireland and first came to the Philippines in 1966. He is based in Manila. 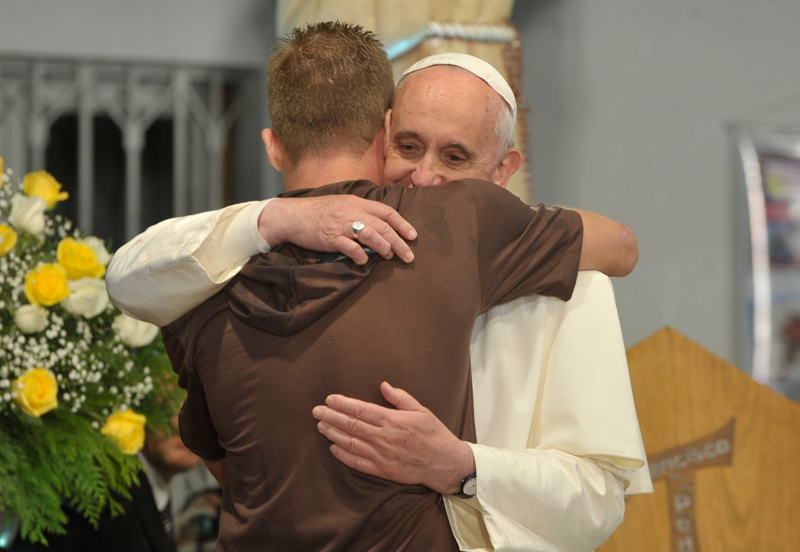 The war on drugs initiated by President Rodrigo R. Duterte on 1 July 2016 has made headlines around the world.  The Fifth Commandment, ‘You shall not kill’, is ignored. Most of the extra judicial killings take place among the poor. Even women are killed. Children also are caught in cross-fire. 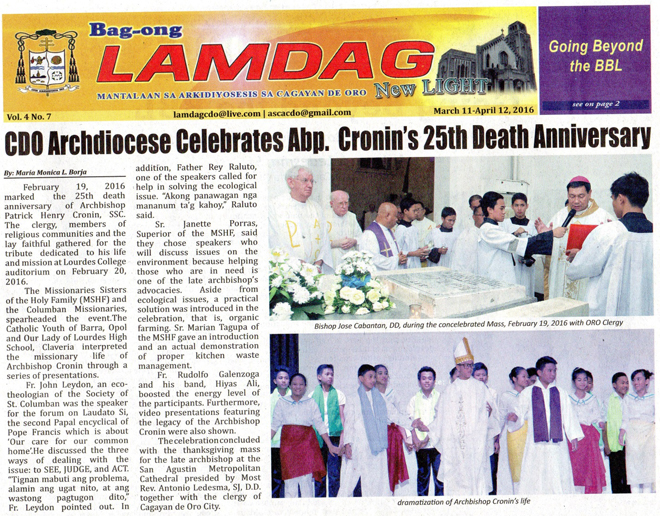 This article was first published in Bag-ong Lamdag, the monthly newspaper of the Archdiocese of Cagayan de Oro, Vol. 4 No. 7, March 11- April 12, 2016. It has been slightly edited here.

February 19, 2016 marked the 25th death anniversary of Archbishop Patrick Henry Cronin SSC. The clergy, members of religious communities and the lay faithful of the Archdiocese of Cagayan de Oro gathered for a tribute dedicated to his life and mission at Lourdes College auditorium on February 20.

A wrecked house in Natanuku

Columban Fr Frank Hoare, based in Fiji, first went there in 1973. He is from Ireland.

In mid-February this year Tropical Cyclone Winston passed fairly close to Fiji on an eastward path towards Tonga. It missed the large islands but did damage to some of the smaller Lau islands. It damaged one of the big islands in the Tonga group and then made a sharp U turn picking up force from the heat of the ocean below as it reversed its path towards Fiji. The government issued warnings to everyone to prepare for the cyclone by nailing wooden shields over windows, by tying down roofs with wire, by storing up food and water and candles and by buying batteries for radios and flashlights. Evacuation centers in schools and halls were prepared.

“Young people today find it very difficult to make a permanent commitment.”  I’ve heard this many times in recent years, and to some extent I can understand what they mean, because of my own mixed-up history. Many years ago I became a priest, then left the priesthood, and heard God’s call again. 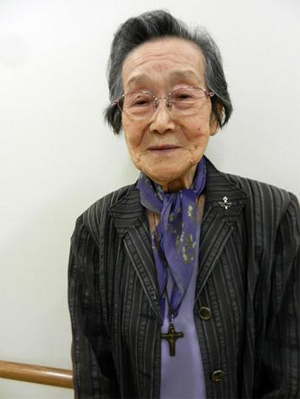 When we think of the missionary work of the Columbans in Japan we must not forget the Trojan work done by Japanese catechists. Very often they were the right-hand ‘Samurai’ of trailblazing Columban missionaries. One such catechist is Miss Tsuneko Hinata.

She was born into a traditional Buddhist family, grew up in the Buddhist tradition and after high school became a professional working woman in a company, but never married. At the age of 40, she ran into crisis time: ‘What is life all about? What am I working like a slave for? What happens to me after death?’

She went searching for answers in the Catholic Church. There she found Christ and her answers, and then went on to receive baptism. She was filled with joy and a new conviction.

But another crisis arose: ‘What do I do with this new joy and conviction? I have to share it with others. How can I do that?’

She decided to quit her professional career in the company and enter the Japanese Catechist School. As a newly graduated catechist she was first employed by the late New Zealand, Columban Fr James Norris and thus began her long journey working full-time for the church, with the Columbans, for meager wages and within even more ‘meager’ living quarters. She became the mouthpiece of the language-struggling Columbans, taught daily the doctrine to truth-seeking searchers, visited the sick at home and in hospital, walked with the newly baptized on their journey of faith in a non-faith environment, and became a spiritual mother to all her spiritual children. She took no credit for her work. It was her way of living out the Gospel.

The author is Editorial Assistant of Misyon

We are not immortal beings. In as much as we would want to do amazing things unceasingly and never leave the people that we love, we cannot live forever. Perhaps this is how it really goes in our human lives. We will have years of celebrating our birthdays until one day others will be starting to commemorate our death anniversaries instead. While still breathing we can have moments of learning, enjoyment and discovering until one day we can no longer do them again.


The Kibbutz on Tall Grass Mountain, which shows one of the major initiatives of Fr Niall O'Brien, was produced by the Columbans in the USA in the 1970s, during Martial Law in the Philippines. 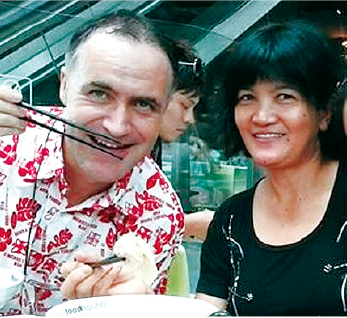 This article was written by the late Fr Niall O’Brien, founding editor of Misyon  for The Visayan Daily Star, a daily newspaper published in Bacolod City, where he had a weekly column. Father Niall died on 27 April 2004.

‘Fond memories bring the light of other days around me.’ So go the words of a 19th century Irish melody by Thomas Moore. That’s the way I feel when I remember Christmas as a child.

In my family there were strictly no presents given throughout the year, except birthdays and Christmas but particularly Christmas. I had many maiden aunts and bachelor uncles and they added their presents to those of Santa Claus so there was quite a pile waiting for us we new awoke at dawn on Christmas morning.

I recall not being able to sleep with the excitement. My parents could hardly go to bed at midnight before we would wake up. They used to leave three wineglasses and a tiny trace of sherry in the bottom of each glass to show that they had had a drink personally with Santa Claus. That third glass was proof that he had been there and it certainly convinced us.

I recall skating on the road outside our house at 2:30 am on my new roller skates on Christmas morning. I wonder what the tired neighbors thought because roller skates in those days were metal and made a terrible noise.