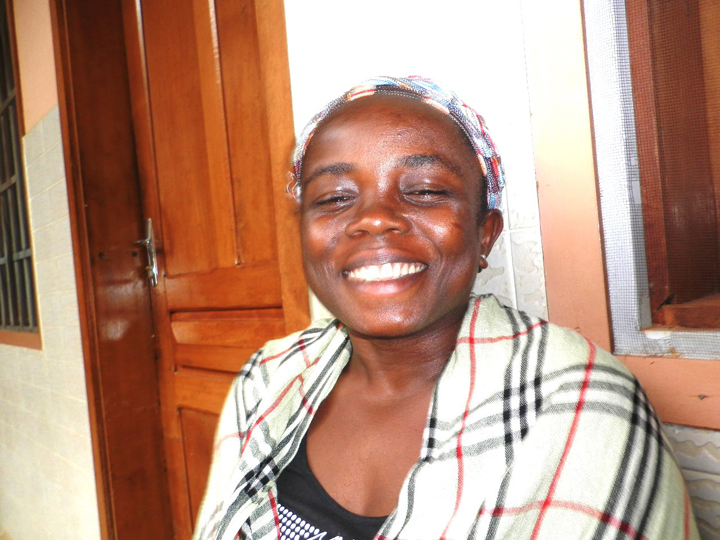 Violie had an article in Misyon before about her experience as an Assumption Volunteer in Cameroon. She went to Korea in April as a Columban lay missionary.

Part of my Mission Orientation Program as a trainee Columban lay missionary was the ‘Mindanao Exposure’ when our team, ‘RP 16’, experienced different programs and activities of the Church there. These included Basic Ecclesial Communities (BECs) and the involvement of Columbans in different areas. This is my reflection on our Interfaith Dialogue of Life in Marawi with our Maranao Muslim brothers and sisters.

After 30 years in Cameroon, Sister Emma is now working at home in the Philippines.

To the beat of drums, shouts of joy, clapping of hands and swaying dances, we celebrated an African Mass on Sunday, 27 February. Everything was African except the place - Holy Spirit School, Ilang-Ilang Road, Cubao,Quezon City.

Father Nazario Caparanga CICM is a native of Bicol who joined the CICMs in 1994 and was ordained in 2001. He was assigned to Koza in the extreme north of Cameroon in 1999 and is presently still working there animating the community of Mazai.

Kwada is 4-years-old and her brother Kodji 6. They are the two youngest of a family of eight children of Delu and Kudji, the couple working with us at Okola.

When Delu and Kudji arrived from north Cameroon about 15 years ago, they had only two children, Tije and Mossi. Tije was left in the north and Mossi, then a little girl of 4, grew up with us. When her parents were very busy, we in the community baby-sat her and, later on, the other children. In my baby-sitting time, I taught Mossi how to say short prayers. The shortest was ‘Jesus, I love you’ in English and French. I then added it in Ewondo and then in other languages. The two youngest children, Kwada and Kodji, can now say it in 12 languages.

Sr. Erma de Guzman of Cameroon is a long time correspondent of MISYON. She had an accident recently in a jeep which feel over a cliff. Her companion Sr. Louisette was killed but Emma was spared. She shares the frightening story with us.

We left Mvolye at five on a pleasant morning. By midday we were at the Bishop’s House in Kumbo. It was a pleasant trip, being Sunday and having left early. We had lunch with the Bishops and took off for Nkambe after lunch. The roads were better as the graders were working and we were along the cliff driving slowly because of the many dangerous turns.

This a photo story of two Filipinos – one visible in the pictures one not visible – because she was holing the camera. These photos tell the story of Andy Gunzalo, CICM from Bauko, Mt. Province, and how he was ordained Deacon in Cameroon by Cameroonian Bishops Mons. Jerome Mimboe Owono. Behind the camera is veteran missionary Sr. Emma de Guzman (sister of Fr. Efren de Guzman SVD in Angola)

Disciples of the Man from Nazareth
There are only three Filipinos in North Cameroon- all of them CICM missionaries. The people call us Nasara meaning white, a term applied to all non blacks. At first I found it impolite of them to call names till I discovered Nasara originally meant disciple of the man from Nazareth. In Maroua, however, the seat of the diocese and a commercial district with rather large Moslem population, we were tagged Chinois.

Continuing Pedro Peñaranda’s reflection on his trial period as a seminarian in Cameroon.

Double Irony
In Koza, among the Mafas people, it is the traditional chiefs and soothsayers at their side who make all the decisions be it on the social level (sowing, harvest, disputes of all kinds) or on the personal level such as marriage and sickness. The State is virtually non-existence for the Mafas except for the annual burden of taxes they have to remit with much difficulty even if these taxes never return to them in terms of social services. To pay t heir taxes, the men usually leave their mountains and villages during the dry season to get menial job in the cities of Maroua and Garuao, or, ironically, for those who have no identity cards, in Nigeria.

(An open letter from a Seminarian in the Mission in Cameroon)

Completely Lost
I arrived in Cameroon November 6, 1988. After nine months of struggling with the French language in Belgium, I set a foot in Yaonde from where, after barely five days, I went north to Koza. That was in the dry, hot season. I felt I was completely lost in a very different world. For the first time in my life I saw black every which way I turned, as if I was dreaming. But it was a happy dream, I realized, after a few days of adjusting my eyes.